Patent Registration in Coimbatore is one of the top-demanding services of Solubilis. It is an exclusive right granted by the government to the inventor of an invention. Any new idea which is the solution for an existing problem can be patented. Our patent attorneys grant patent rights in and around coimbatore like Ukkadam, Selvapuram, Podanur, Echanari, etc.

After the successful completion of patent registration, the applicant gets intellectual property rights over the invention. If it is extremely unique, the government will grant full rights for your product.Granting permission in the sense you will get the rights of making, using, selling or importing the product and restrict others from using your products. There are certain rules and regulations associated with patents. Those are Patent Act 1970 and Patent Rules 1972. By patent registration, the inventor can acquire the exclusive rights for 20 years. In some rare cases, the applicant can expect a few more years of extra validity. 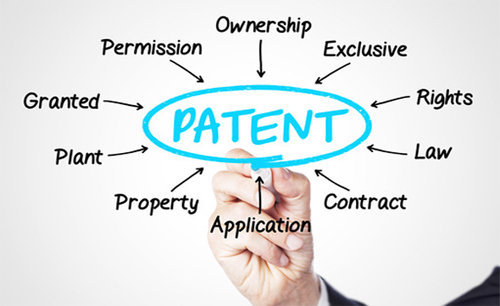 Any invention which is useful to the society can be a subject matter of patent. Further the invention should be novel, non-obvious and industrially applicable. Of course, needless to say, even if there are elements of invention, in any concept but which is contrary to nature, law and has negative societal impact cannot be considered for Patenting. Also, the invention proposed for patent should not have been published elsewhere in the World and should be unique.

As stated earlier, an invention should be Novel, Non obvious and should be industrially applicable as per the tenets of Indian Patents Act, Section 3. Apart from the basic criterion for patent, there are several yardsticks that determine the Patenting elements, related to inventorship and genuineness of the invention seeking a patent.

As per the International norms, to which India has to adhere (since India is a member of PCT (Patent Co-operation Treaty (PCT) of World Intellectual Property Organization) the term of a patent is twenty (20) years from the date of Filing. Of course, the rights of a patent would be conferred on the Patentee would come to force only upon grant of the patent, post application for patent and its prosecution and successful grant. It must be remembered that after the Grant of Patent, the Patentee has to keep his / her Patent Rights, valid by payment of appropriate annuity fees, to keep the Patent rights intact.

Yes, within the life / term of the Patent, the Patentee can renew the patent rights by payment of annuity fees, applicable year after year.

PAny person wilfully or otherwise, blatantly plagiarizing or copying the knowhow / technology of an invention for which Patent has been granted or is being sought would constitute an act of Infringement. Patent Infringement can lead to legal implications and the Patent Rights holder has rights enshrined in Patents Act to safeguard his / her rights by initiating penalizing acts against the infringer.

Any individual, group of individuals, Corporates, Small / Micro / Medium sector Industries and Start Ups can be applicants for Patents in India

A patent application can be made by filing appropriate forms and details of invention and it can be done ONLINE or by filing it physically in Patent Offices located in New Delhi, Mumbai, Kolkata and Chennai and appropriate fee amounts can be paid